Bangalore is blessed with amazing places around the city to take on that weekend stree free trip to reuvenate from daily hustle. Also being Lockdown for indefinite period it makes ideal to go on a self drive trip with your besties. Here is the must visit destinations around bangalore that suits for one day trip. 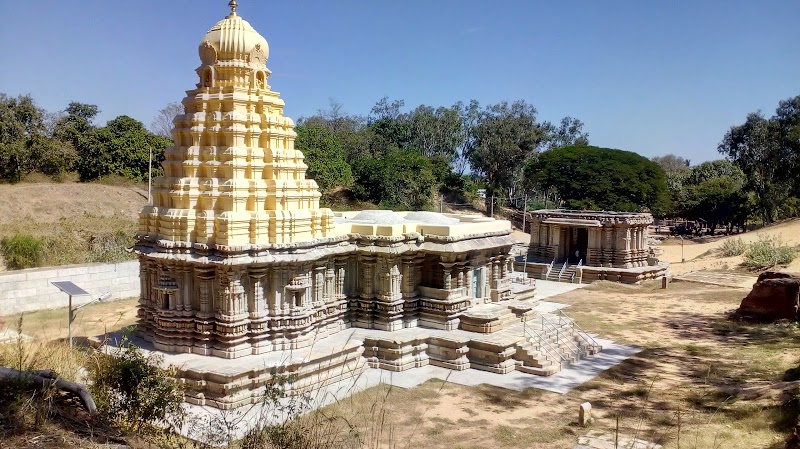 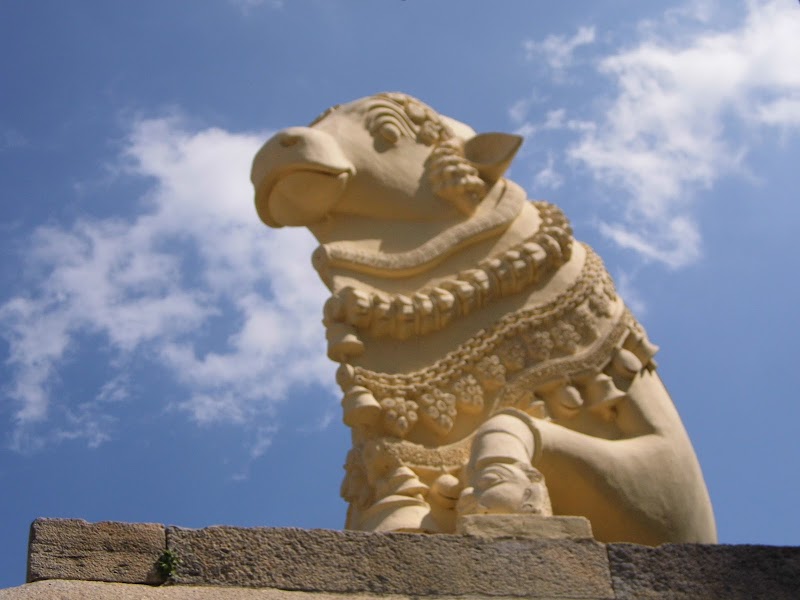 Talakadu (ತಲಕಾಡು) is a desert-like town on the left bank of the Kaveri river 45 km (28 miles) from Mysore and 133 km (82 miles) from Bangalore in Karnataka, India. It once had over 30 temples, most of which now lay buried in sand. The extant group of temples, where the eastward flowing Kaveri river changes course as the sand on its banks spreads over a wide area, is a popular pilgrimage site for Hindus. 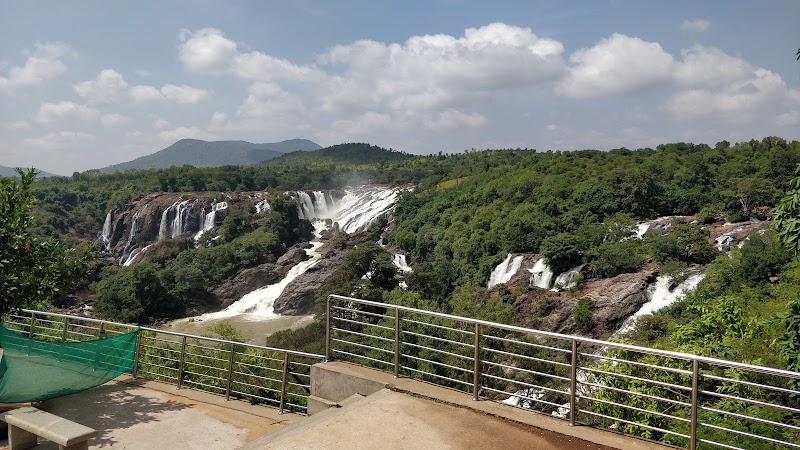 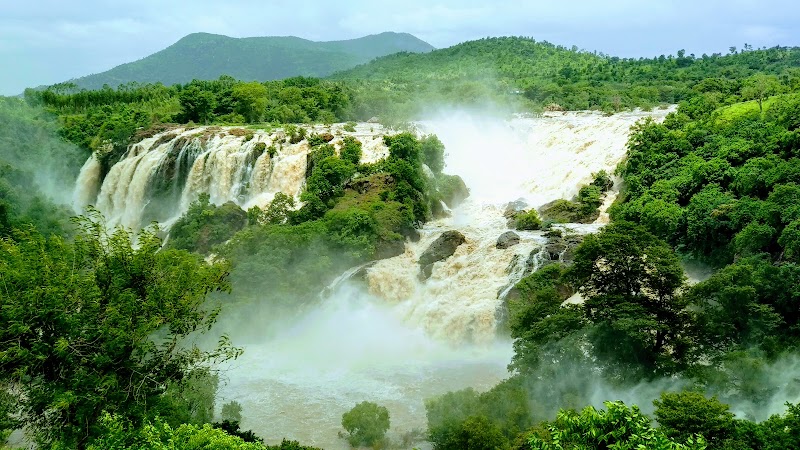 Shivanasamudra Falls is a waterfall in Chamarajanagar District of the state of Karnataka, India. It is situated along the river Kaveri, which forms here the boundary to the Mandya, and is the location of one of the first hydro-electric power stations in Asia, which was set up in 1902.The project was designed by Diwan Sheshadri Iyer.

Mekedatu (Kannada:ಮೇಕೆದಾಟು) is a location along Kaveri in the border of Chamarajanagar and Ramanagara Districts. Sangama is the place where Arkavati merges with Kaveri. From this point, about 3.5 kilometers downstream, the river Kaveri flows through a deep and narrow gorge.

Mekedatu' means 'goat's leap' in Kannada). The name comes from an incident which is believed to have been witnessed by herdsmen in that area a long time ago. It is said that a goat being chased by a tiger made a desperate attempt to save its life by leaping from one side of the gorge and managed to cross over the raging river below, whereas the tiger did not attempt to replicate this feat, and abandoned the chase. The point where the goat leapt has widened since then from erosion caused by the river Cauvery.

It is about 110 km from Bengaluru via Kanakapura. There is also some mythological significance to this place (both Sangama and Mekedatu). As per one version, the goat (meke) that is believed to have leapt across the Kaveri was Lord Shiva in disguise. On both rocky precipices of the gorge, one can find strange holes, whose shapes resemble goats' hooves, though several times larger. It is believed that only divine goats could have marked their 'footprints' in such hard rocks.

A weekend excursion to Kanakapura turned tragic for three students as they drowned in the Cauvery river at Mekedatu, near Arkavathi Sangama, 95 kilometres from Bangalore. At Mekedaatu, the Kaveri runs through a deep, narrow ravine of hard granite rock. The river, which is more than 150 meters wide at the confluence (at Sangama) flows through the hardly 10-meter-wide gorge at Mekedatu. It is said that a goat could leap over it, giving the falls the name Goat's Leap. Upstream on the Kaveri is the well known Shivanasamudra Falls with its hydro-electric power station, which was set up in 1902. 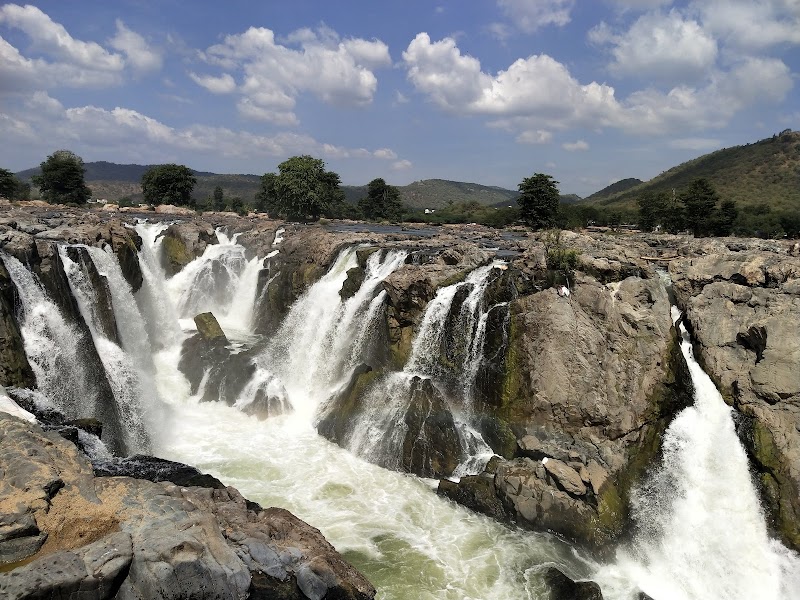 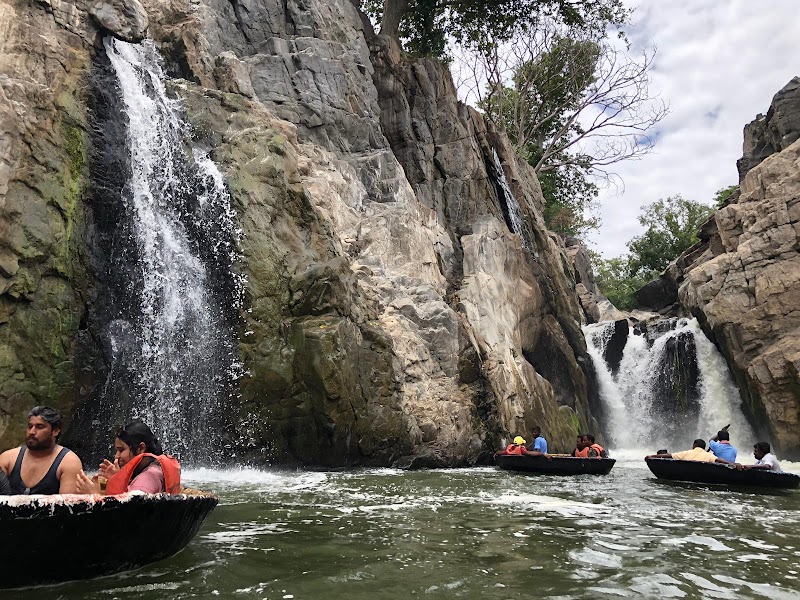 Hogenakkal Falls is a waterfall in South India on the Kaveri river on the border between Dharmapuri district of Tamil Nadu and Chamrajnagar district of Karnataka. It is located 127 km (79 mi) from Bangalore, 165 km (103 mi) from Kollegal, 147 km (91 mi) from Kolar, 152 km (94 mi) from Kolar Gold Fields and 46 km (29 mi) from Dharmapuri. Sometimes referred to as the "Niagara Falls of India," it is known for bathing areas and hired boat rides and as a major tourist attraction. Carbonatite rocks in this site are considered to be the oldest of its kind in South Asia and one of the oldest in the world. The Government of Tamil Nadu made a proposal to convert the falls into providing drinking water for the state.

5. Watersports and outing at Kanakapura

Watersports and outing at Kanakapura
Kanakapura - Show on Map

The town is a tourism hotspot and an often visited tourist favorite in the entire state of Karnataka, as it has something for everyone ranging from avid trekkers to history buffs and wildlife enthusiasts. 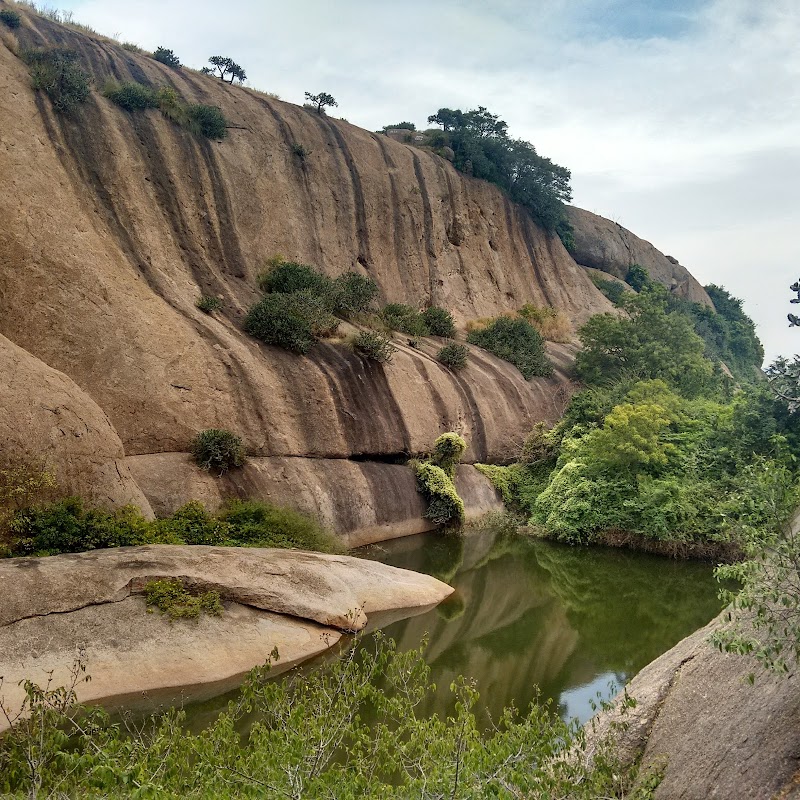 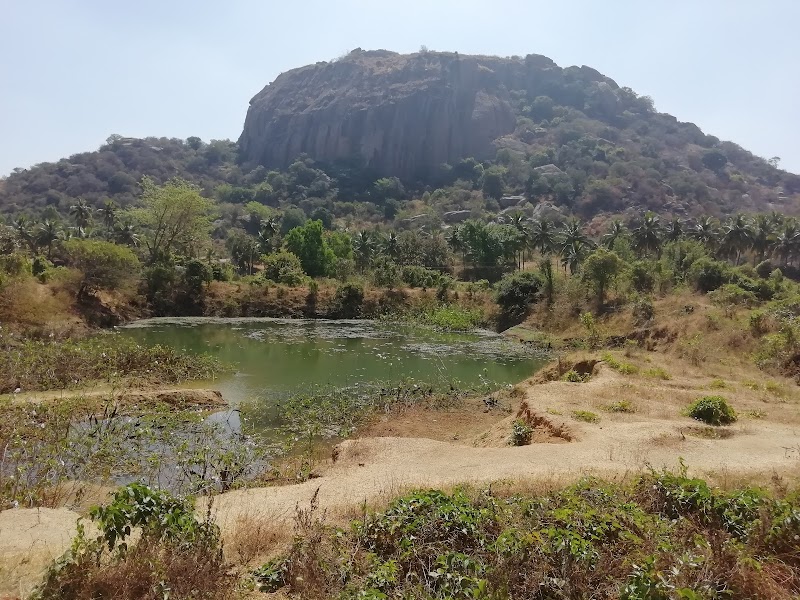 Famous Bollywood movie Sholay was shot in 1975 at the surrounding hills of Ramanagara now called Ramagiri hills but also has nick name of Sholay hills. The town was known as Shamserabad at the ruling time of Tippu Sultan. It was then called Closepet, after Sir Barry Close (1756–1813) in pre-Independence times. This name is retained in geology. Then Closepet was called Ramanagara. Ramanagara's name was based on the historical story of the Ramayana. 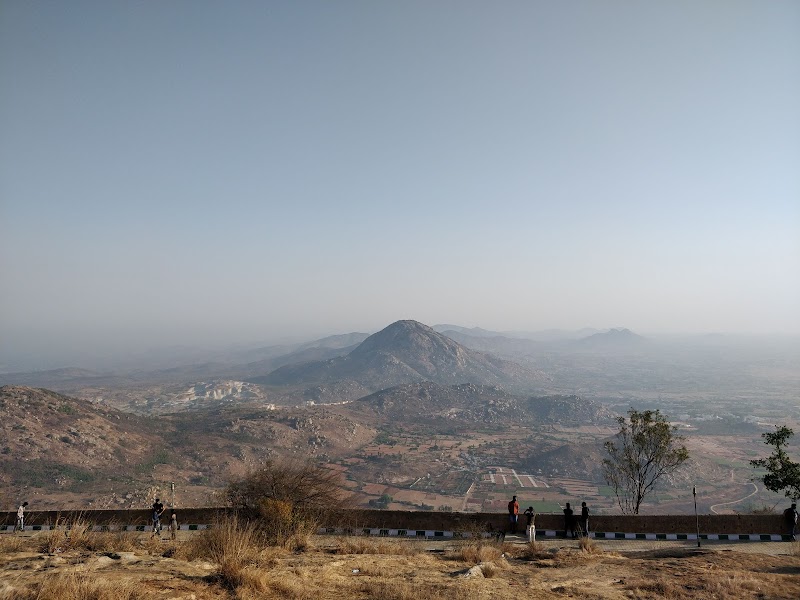 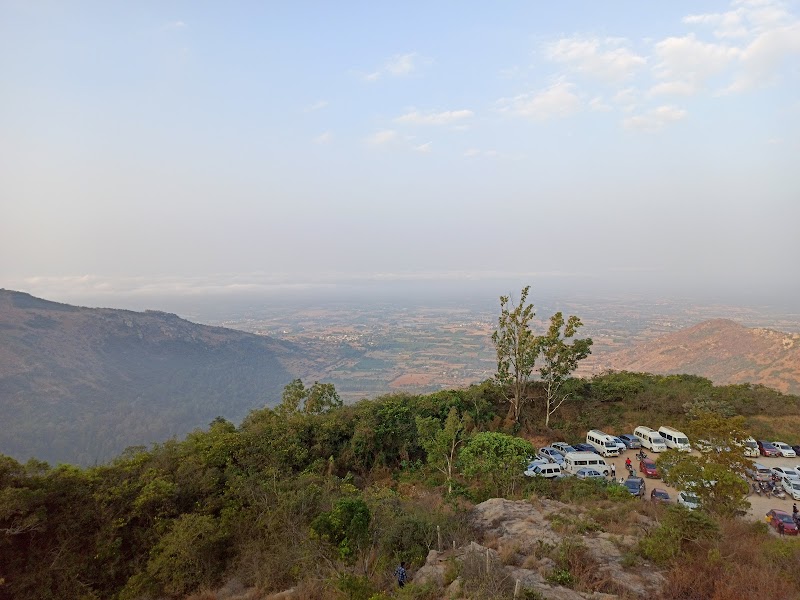 Nandi Hills (Anglicised forms include Nandidurg and Nandydoorg) is an ancient hill fortress built by Ganga Dynasty and later enlarged and strengthened by Tipu Sultan in southern India, in the Chikkaballapur district of Karnataka state. It is 10 km from Chickballapur town and approximately 60 km from the city of Bengaluru. The hills are near the town of Nandi. In traditional belief, the hills are the origin of the Arkavathy river, Ponnaiyar River, Palar River, Papagni and Penna River. Watching the sunrise at Nandi Hills is popular with tourists. The first ever SAARC summit hosted by India was held at Nandi Hills in 1986. 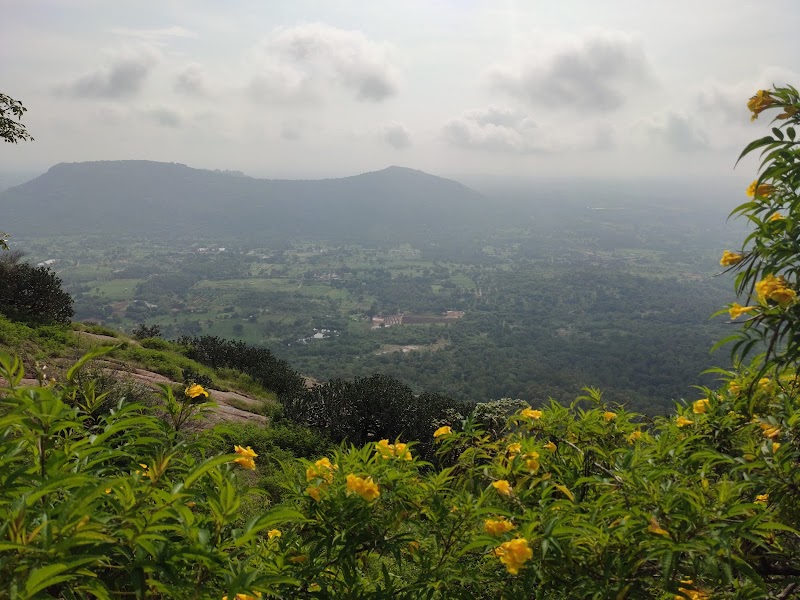 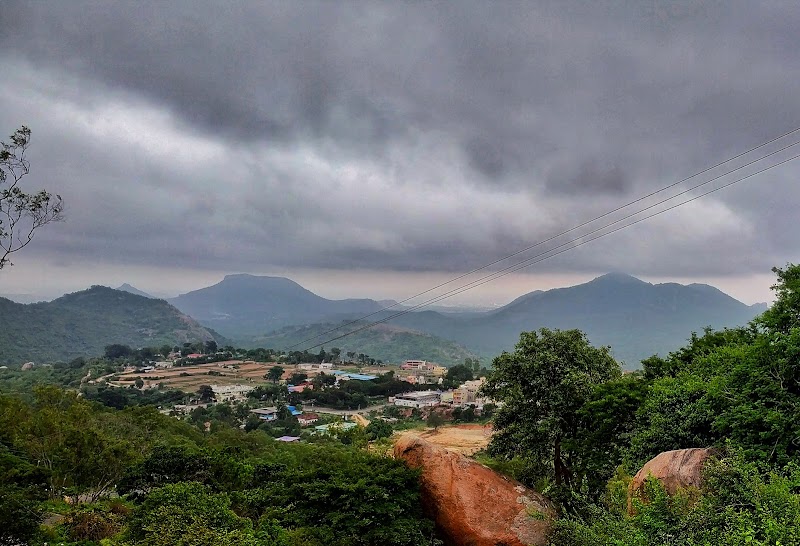 Devarayanadurga is a temple town and hill station located in the district of Tumkuru in the state of Karnataka in India. The rocky hills are surrounded by forest and the hilltops are dotted with several temples including the Yoganarasimha and the Bhoganarasimha temples and an altitude of 1204 metres.Devarayanadurga, when translated means “Fort of the God", and got its current name after the Mysore ruler Chikka Devaraja Wodeyar captured it on one of his victorious feats. 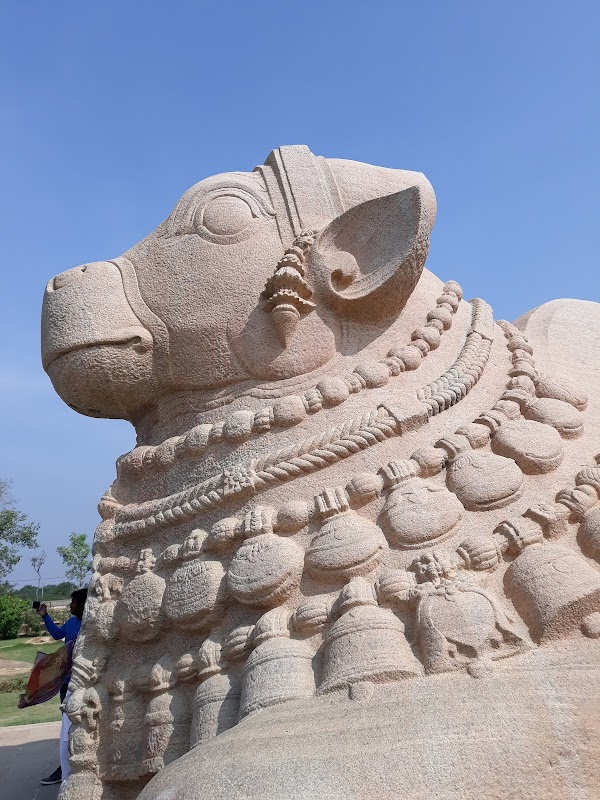 Lepakshi is a village in the Anantapur District of Andhra Pradesh, India. It is located 15 km (9.3 mi) east of Hindupur and approximately 120 km (75 mi) north of Bangalore." 'Le pakshi' said Lord Rama to Jatayu, the bird, asking it to get up," says the guide a bit dramatically narrating the episode from Ramayana."Ravana had chopped off its wings and Lord Rama found the bird fallen right here in this village. That's why it's called Lepakshi. Lepakshi is culturally and archaeologically significant as it is the location of shrines dedicated to Shiva, Vishnu and Veerabhadra which were built during the Vijayanagara Kings' period (1336–1646). The temples are the location of mural paintings of the Vijayanagara kings and Kannada inscriptions. Near the temple complex is a large granite Nandi bull. On a hillock known as Kurma Saila, "tortoise shaped hill", are other temples to Papanatheswara, Raghunatha, Srirama, and Durga. Lepakshi is also famous for puppet show based on Hindu mythology.There is also a three-headed bull with single body carved on the pillar of main entrance pillar. 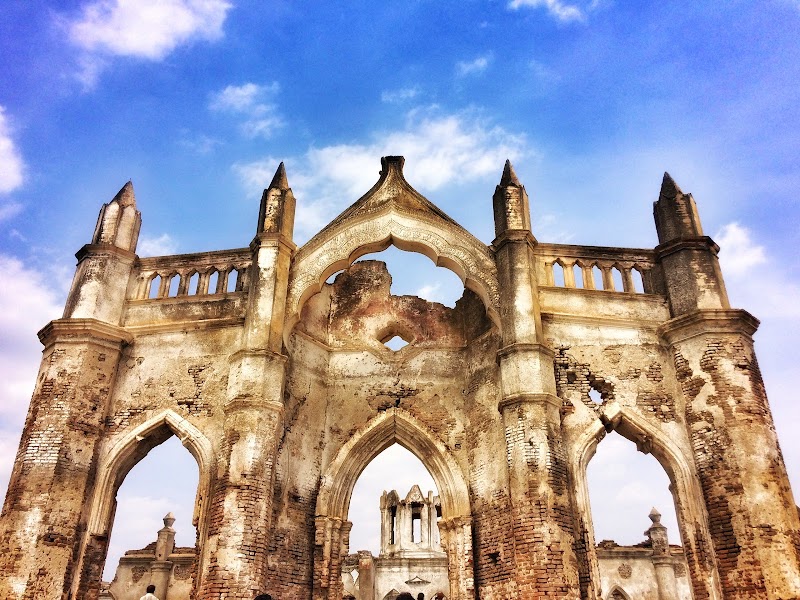 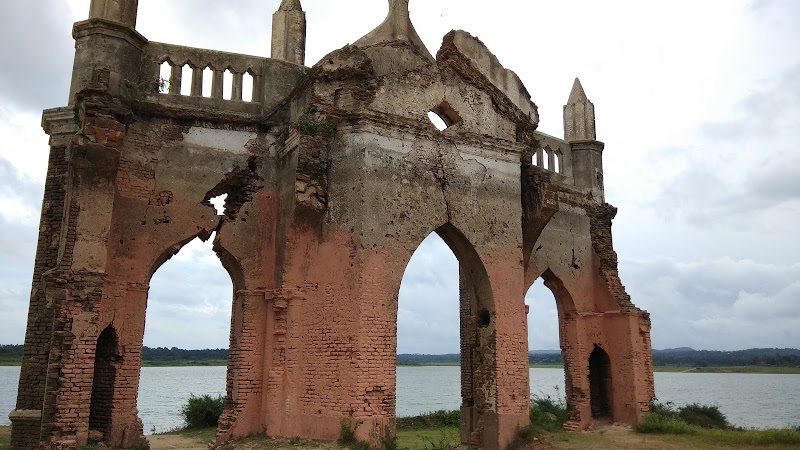 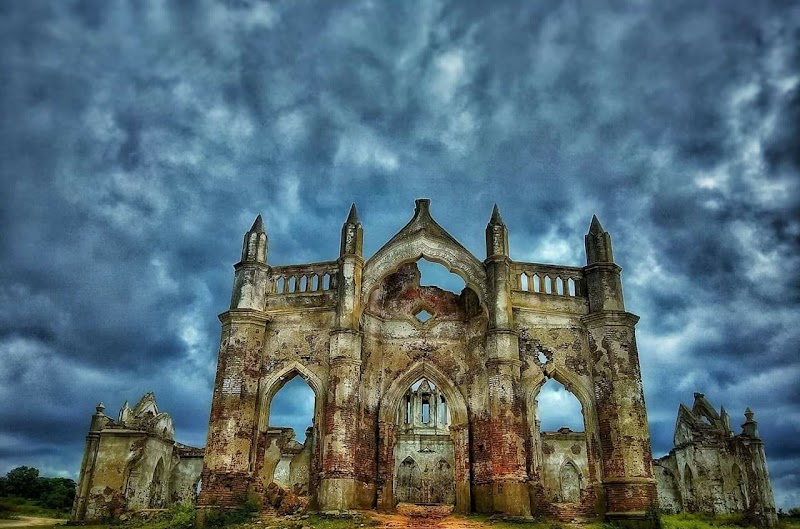 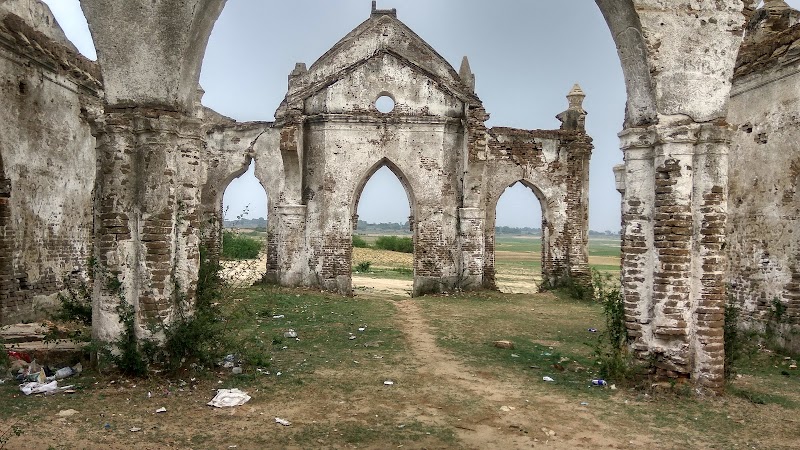 Shettihalli Church is located 2 km from Shettihalli, Hassan, in Karnataka. Built in the 1860s by the French missionaries in India, the church is a magnificent structure of Gothic Architecture.

After the construction of the Hemavati Dam and Reservoir in 1960 the church was abandoned. It has since then become a famous tourist spot where people flock to see the half submerged church during monsoon. It is also known as The Submerged Church and The Floating Church.

things to do in bangalore, waterfalls, road trips from bangalore, shivanasamudra, talakadu, bhimeshwari
×

Your response has been recorded

Connect to your Adventure Tribe!